The word "Tampa" may be a Calusa Indian word meaning "sticks of fire." Just one of several possible origins, it's the one we're sticking with because it's the most fun. Sticks of fire is considered a reference to the frequent lightning strikes the area receives during the summer months. It also lights up fans of the NHLs Tampa Bay Lightning, whose sticks of fire have carried them to one Eastern Conference Championship and one Stanley Cup victory.

Back in 1821, the U.S. bought Florida from Spain. Soon after, the government began building forts and trading posts in the Tampa area. Fort Brooke was built in 1824 on Tampa Bay at the mouth of the Hillsborough River. Originally an isolated frontier outpost, the residents all but abandoned Tampa during the Second Seminole War. In 1845, Florida became the 27th state, and Tampa was officially incorporated in 1849. The next year, the population soared to 974 total residents, almost 85% of whom were military personnel.

Florida seceded during the Civil War, and Confederate troops manned Fort Brooke. The Union Navy blockaded Tampa Bay, and the successive battles of Fort Brooke and Battle of Ballast Point did damage to the Confederates. During Reconstruction, Tampa was occupied by federal troops. But really, there wasn't a whole lot to occupy. A sparsely populated fishing village with virtually no industry and no development potential, Tampa was best known for swampland mosquitoes who brought frequent epidemics of yellow fever. Again, residents abandoned Tampa in droves. In 1869, voters abolished the city government. Fort Brooke was decommissioned in 1883. Things were looking grim for Tampa until...

Phosphate! Discovered southeast of Tampa, phosphate is vital in fertilizer production and other industries. Port of Tampa became major phosphate shipping port—an industry which continues to this day. There came Henry B. Plant's South Florida Railroad, which made it easier to get goods in and out of the city—and also brought tourists. Ybor City was founded and became a production center for cigars using highly desirable Cuban tobacco. West Tampa followed Ybor Citys lead. Tampa began producing more cigars than any place on earth, hence the nickname "Cigar Capital of the World." A boomtown was born, and less than 20 years later, Tampa was one of Floridas largest cities.

The early 1900s brought Ye Mystic Krewe of Gasparilla, an association of local businessmen and civic leaders. Named for the mythical local pirate José Gaspar, the Krewe "invaded" the city and held a parade. The Gasparilla Pirate Festival has since become an annual fixture in Tampa and models itself after Mardi Gras, with its krewes and floats. Eventually, Tampa became home to illegal lotteries and organized crime. Prohibition bootlegging only made things worse. Mafia power struggles ensued. Rampant corruption finally came to an end in the 1950s with the Kefauver Committees efforts to squelch organized crime.

World War II saw a lot of growth in Tampa. MacDill Field became a main base for the Army Air Forces, and there were several other auxiliary airfields in the area—two of which are now the major airports. The post-war era saw huge population growth. Major expansion of highways and bridges followed. Tourists flocked to Tampa, and new residents began populating Tampa neighborhoods. Next came tourist attractions like Busch Gardens and the 63-acre Lowry Park Zoo. Today, professional sports is a big part of the local economy, as are finance, retail, healthcare, insurance, air & sea shipping, military, tourism, and real estate. Fortune 1000 companies headquartered in the Tampa area include BloominBrands (Bonefish Grill, Carrabba's Italian Grill, Fleming's Prime Steakhouse and Outback Steakhouse), WellCare, TECO Energy, and Raymond James Financial. According to a Pew Research Center study in 2009, Tampa ranks as the fifth most popular American city based on where people want to live. A 2004 Washington Square News survey ranked Tampa as a top city for "twenty-somethings." Forbes magazine recently put Tampa right near the top of their list of best cities for young entrepreneurs.

City On The Move (unofficial) 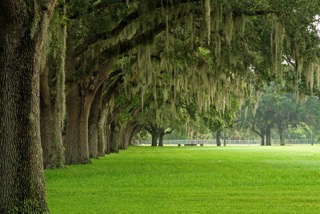 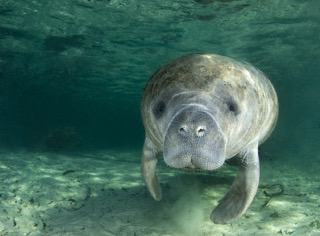 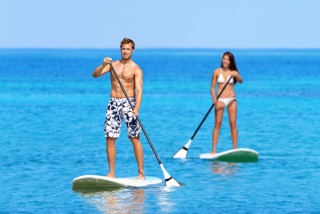 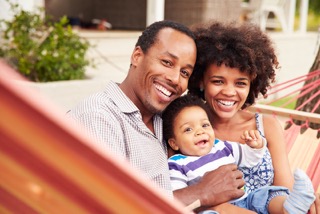 Living in and around Tampa

Like so many urban downtowns around the country, Downtown Tampa has plenty of detractors and a small legion of loyal fans. The downtown area is seeing significant residential redevelopment with an eye towards turning it from a 9-to-5 business district into a vibrant 24-hour neighborhood. Several fans of downtown talk about new bars and restaurants, but there is also talk of it lacking amenities and walkability. Two popular locations near downtown (some will argue they are actually downtown) are Harbour Island and Davis Islands. Harbour Island offers newer construction, closer proximity to downtown, and has trolley service but few amenities. The Davis Islands community is bigger and more established, with historic architecture, more single-family homes and more amenities. Its Main Street offers shopping and restaurants. Derek Jeter built a 30,000-square-foot mansion here that has been called an aircraft carrier and described as about the size of a Best Buy. Worth an estimated $8 million, it's the biggest house in the county. Nonetheless, the median home price on Davis Islands is just north of half a million, about double the median home price on Harbour Island.

Hyde Park, just across Hillsborough Bay from Davis Islands, is popular with young professionals. Not as expensive as Davis Islands and more trendy, this community combines entertainment options, loft living, historic homes and bungalows, good schools, and easy access to downtown. It has been described as homey yet hip. Bayshore Boulevard, a signature road in Tampa, runs through Hyde Park and claims the longest continuous sidewalk in the world at 4.5 miles. Palma Ceia is one of Tampas older, quieter residential neighborhoods and has a country club. It's also known for having bricked streets, and has a Design District with specialty boutiques and cafes. Adjacent Bayshore Beautiful is somewhat less fancy and more affordable. It also offers decent schools, as well as bars, cafés and shops. It's considered part of the Palma Ceia Design District even though it's technically outside the boundaries of Palma Ceia.

North Tampa offers good options for someone who doesnt like having to choose between the burbs and the city. You'll find a lot of city conveniences without the endless city noise. You can enjoy suburban amenities without feeling far removed from the urban center. The community of Wesley Chapel was named for a Methodist chapel that once stood at SR 54 and Boyette Road. Originally named Double Branch for its twin creeks, a popular nickname used to be "Gatorville." The town has been growing rapidly during the 21st century, and is heavily populated by transplants living in luxury planned communities. There are good schools and plenty of amenities, though some bemoan the lack of a true downtown. A somewhat higher median home price makes Cheval more attractive to some—especially if you like country club living. Carrollwood has a lot of fans who like its status as one of the older new subdivisions. It's regarded as pleasant and affordable, lots of amenities and decent schools.