Why should you meet me in St. Louis? Why not? It’s a friendly city with good weather, good education and a desirable cost of living. Founded in 1764 on the Mississippi River, St. Louis is named for Louis IX of France and was acquired by the U.S. in the Louisiana Purchase. Subsequently, St. Louis developed as a major port and became the gateway to the west. Steamboats bolstered St. Louis’ reputation as a nexus by connecting the city with New Orleans and the markets back east. And in 1904, the city proved its mettle as an international destination by hosting both the World's Fair and the Summer Olympics.

Music and the performing arts play a big part in distinguishing St. Louis. While the music so often associated with the city is either blues, jazz, and ragtime, the country’s second-oldest symphony orchestra is based here. St. Louis also has the nation’s tallest monument, the Gateway Arch which towers 630 feet. The city itself has undergone a familiar cycle. In the early 20th century, it became a city of opportunity for immigrants and southern migrants seeking industrial jobs. In the mid- to late 20th century, there was an exodus away from the urban center to the suburbs. In recent years, St. Louis has been enjoying renewal and revitalization.

St. Lou is all within reach

Meet Me In St. Louis by Judy Garland 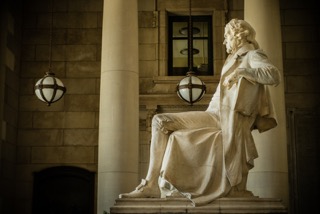 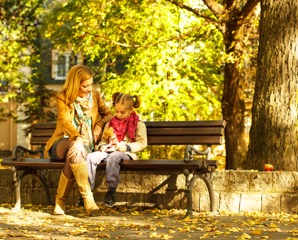 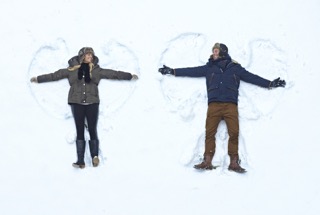 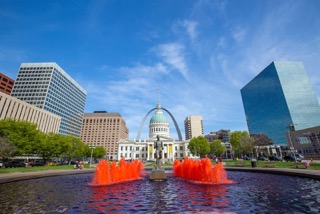 Living in and around St. Louis

The 2010 U.S. Census shows that the population of downtown St. Louis increased almost 370% percent over 10 years. Yes, that sounds huge. But when you look at the actual numbers, the population grew from just over 800 residents to just under 4,000. This is not what you’d call a huge and bustling metropolis. Nonetheless, it has its benefits and its champions.

One neighborhood of note is Central West End. With sidewalk cafes and boutiques, bars and galleries, this is one of those neighborhoods that sees both a lot of young adults and over-50 empty-nesters. Originally an enclave for wealthy St. Louisans, there are lots of older homes restored to new levels of elegance, as well as apartment buildings, new townhouses and high-rise condos. (If you’re of a literary bent, it’s perhaps interesting to note that Tennessee Williams, T. S. Eliot and William S. Burroughs grew up here.)

Lafayette Square is a desirable neighborhood with a low crime rate, and elegant Victorian homes surrounding Lafayette Park. Further away from the park you can find lofts and condos, and there’s a vibrant restaurant and bar scene. Equally desirable Saint Louis Hills was once billed by developers as Country living in the City. The homes prices here are slightly higher than in nearby Lafayette Square, and a range of architectural styles from Tudor to ranch to art deco.

Want to live with the elite of St. Louis? Ladue Is the place. We’re talking a suburb of secluded, tree-lined streets with elegant homes of brick and stone on big lots. And, of course, private clubs and private schools (not to mention some of the best public schools). It also comes at a very dear price tag. Home prices range from the low 200s for a condo and ramping up steeply to half a million or more with plenty of inventory in the millions.

If you’d like to be Ladue adjacent, with access to the school district but a lower cost of living and more affordable housing, consider Olivette. While still hardly in the bargain category, it definitely eases up on the elite portion of the equation. For something much less elite and more young-professional-on-the-rise, you might like Clayton. (Not to be confused with the downtown neighborhood Clayton/Tamm, a traditionally Irish neighborhood experiencing a hipster influx, and often known as Dogtown.) Clayton has lots of corporate office space concentrated in a walkable, five-block area. The commercial tax base here is significant, with the result being excellent schools, lower property taxes, and notable parks and recreation. There’s a range of housing options, including a broad range of condos beginning in the low six figures, quarter-million-dollar single-family homes, and multi-million-dollar mansions.

One of the original St. Louis railroad suburbs is Webster Groves. Founded in the 1800s, the town has its share of Victorian frame homes with porches, big lots and old-growth trees. There are also more modern ranch homes, cottages and even some condos. Good schools and amenities, a theater complex and an opera house make this an attractive middle- to upper-middle class area. Young families like it here, as well as in St. Peters. For some, the bonus of St. Peters is less expensive and newer housing, good schools, and vast public parks system. Originally a farming community, the place also has lots of kids—with an estimate that close to 40 percent of the population is younger than 25. There’s also a major shopping center here.

The affluent suburb of Wildwood has been ranked the wealthiest town in Missouri. If you’re coming from the New York area or California, this idea could make your head spin. As of this writing, the median income is around $120,000 and a median home price is around $350,000. By NY/LA standards, Wildwood is incredibly attainable—and has excellent schools, of course. Another town to look at is Ballwin. Besides being another good place for kids (the 2010 census pegged almost 35% of the population as below the age of 18), Ballwin is even more attainable than Wildwood—not to mention that it has repeatedly appeared on Money Magazine’s list of best places to live.