120 miles south of (and a world apart from) Los Angeles, San Diego sits on the U.S. border with Mexico. This is where the state of California was born. Originally claimed for Spain in 1542, it became home to the first European settlement in California in 1769, and was admitted to the Union in 1850 after the Mexican-American War. Known for having a mild climate all year round, San Diego has exceptional beaches and a long-standing relationship with the U.S. Navy—who is San Diego’s single largest employer. Running a close second is the University of California San Diego. Running a distant third is Sharp Health Care, a reflection of San Diego’s emergence as a healthcare and biotechnology development center. But another major industry here is tourism. Between the climate, the beaches, and endless attractions from Balboa Park to the San Diego Zoo to SeaWorld San Diego, there’s plenty to do. Additionally, the Spanish and Mexican heritage is very much alive here. From place names to the historic sites to the cuisine, the Latin legacy here is in evidence.

Also in evidence is beer. San Diego has been called "the Craft Beer Capital of America." (Usually by people in San Diego, it seems.) Besides over a hundred breweries, microbreweries and brewpubs, there are four breweries in San Diego County that rank among the country’s 50 largest craft brewers. Consistently rated among the best in the world are local Stone Brewing, AleSmith and Ballast Point. If talking about beer seems frivolous, consider that as of 2014, the local brewing industry had a direct economic impact of $600 million, providing 6,203 jobs—about 100 jobs less than UC San Diego Health, the city’s 9th biggest employer. Beer is a serious business and a major tourist attraction. Brewing is considered part of the culture and arts scene in San Diego—which is varied and vibrant. A symphony, one of the nation’s top opera companies, art museums, and a local theatre that has sent more shows to Broadway than any other in the country are all just part of an eclectic scene heavily influenced by American and Mexican heritages, along with the significant presence of the military. 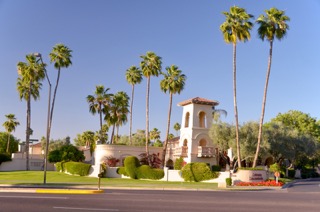 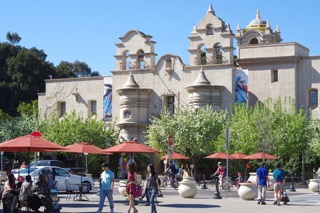 Living in and around San Diego

The people who live in Downtown and love it are very passionate about the benefits. They talk about not ever getting in their cars from Friday afternoon to Monday morning, since everything’s so close. They talk about their kids getting a more cosmopolitan upbringing. They talk about the social scenes in their buildings. No doubt, it requires finding the right circumstances, but living Downtown definitely has its boosters. One popular neighborhood is Little Italy. Considered very family friendly, this is an active neighborhood with an association that organizes community events with the kids in mind. There are also dog parks, free bocce ball courts, a park with splash fountains and playground equipment. Granted, you’ll pay for the privilege, with a median home price around $400,000. But if you like the idea of urban living in sunny southern California, this could be the place.

For a younger vibe, East Village is popular. The area has undergone a serious overhaul from a few years ago. Just know that Petco Park is right there, and things can get crowded on game day. If you’d like to look at a neighborhood ranked by Forbes as one of America’s best hipster neighborhoods, check out North Park. Coffee, culture, cuisine, and (wait for it)...Craftsman homes. With a reasonable median home price for the San Diego area, it has good restaurants, half a dozen breweries, and is pedestrian friendly. If you like the idea of an urban village, but want to be away from the downtown scene, consider La Mesa. Calling itself The Jewel of The Hills, it has a small-town feel and a high median home price, though there are some more affordable areas in the town. Bonus feature: close to Qualcomm Stadium.

Up the coast, affluent Carmel Valley is one of those California towns that’s very nice as long as you don’t mind spending time in the car. Little crime, a high cost of living, high median home prices, good schools—and the driving. Equally desirable and equally car-dependent is Encinitas. A quintessential SoCal beach city, it offers a high cost of living, high median home prices and high rents. The upside is great weather, good schools and—hey, you get to live in Encinitas. Much closer to the action and even more expensive is Coronado. An island resort community right in the city, the median home value is approaching a million and a half. Great schools, of course. And apparently, with its excellent bike paths, the only San Diego community awarded a silver rating from the League of American Bicyclists. And no discussion of wealthy San Diego is complete without La Jolla. As they say, it’s a great place to be if you’re rich. Top marks across the board for everything—housing, schools, crime, amenities. But the cost of living is double the national average. Median home price is just south of a million and median rent is under 2,000.