You’re pronouncing the name Pittsburgh all wrong. In 1758, Scotsman General John Forbes named Pittsburgh in honor of British Secretary of State William Pitt. The Scotsman probably intended Pittsburgh to be pronounced PITS-burra, like the Scottish city of Edinburgh. But the American English tongue won out. And actually, the H on the end of Pittsburgh was dropped in 1890. But by 1911, popular opinion reversed that decision. The United States Board on Geographic Names put the H back in place. More than you ever wanted to know.

Pittsburgh's early history is steeped in conflict. In the mid-1750s, likely inspired by the prior expeditions of explorer Robert de La Salle, French soldiers were sent here to explore. Then, very quickly, the British moved in and built Fort Prince George. The French then drove them out and built Fort Duquesne. Next came the French and Indian War and, on its heels, the Seven Years' War. British Major George Washington helped take Fort Duquesne from the French. The French then beat back the British and the colonials. General Forbes eventually beat back the French and built Fort Pitt. Next came Pontiac's Rebellion, with native tribes putting Fort Pitt under siege for two months. Fort Pitt is notable as the origination point of the myth of biological warfare through smallpox blankets. (Yes, its a myth. Separated from it's human host, the smallpox virus dies within about six minutes. The British and Europeans in the New World were very good at spreading around the deadly smallpox virus all by themselves without the aid of blankets.)

In 1768, a treaty allowed the region to be bought from the Iroquois, and things mellowed out. At one point, the Colony of Virginia claimed the Pittsburgh area as their own until the Mason-Dixon line was extended, placing Pittsburgh in Pennsylvania. After the American Revolution, boat building became a main industry. A glass industry followed. When the War of 1812 cut off the supply of goods from Great Britain, U.S. industry was forced to grow up. Pittsburgh began producing iron, brass, tin, and glass. By the mid-1800s, 1,000 factories were burning 22 million bushels of coal annually. The Civil War kicked that up as demand for iron and weapons increased. Scotsman Andrew Carnegie got into the steel business. After the Civil War, he merged several companies to create U.S. Steel.

In the early 1900s, as much as half of the nations steel was coming out of Pittsburgh. The citys population mushroomed to 500,000 with European migration. Next, the African-American Great Migration from the south attracted many aspiring steel workers to Pittsburgh. By the time World War II rolled around, steel mills were running 24 hours a day. They cranked out 95 million tons of steel, along with more air pollution than anyone had ever seen. The Pittsburgh Press dubbed the city the "arsenal of democracy." Others preferred biographer James Parton's characterization of Pittsburgh as "Hell with the lid off".

After the war, Pittsburgh was looking really rough around the edges and everywhere else. A clean-up and revitalization effort known as The Renaissance was launched. In 1977 came the sequel, Renaissance II. A cultural and neighborhood redevelopment effort, Renaissance II drastically altered the city's skyline. In the 1980s, the steel and electronics industries collapsed. Massive layoffs and plant closures followed. Since then, the economic base has shifted to education, tourism, healthcare, finance and high tech. Things have improved, but Pittsburgh has never regained the economy of its industrial-era peak. Interestingly, the city remained strong during the recession of the 2000s, when both employment and property values actually increased. And with more than 60 colleges and universities in the city, including R&D kings Carnegie-Mellon and University of Pittsburgh, the city has quite a collective brain trust.

Steel City
City of Bridges
City of Champions
The Burgh

Benigno Numine ("With the Benevolent Deity" or "By the Favor of the Heavens.") 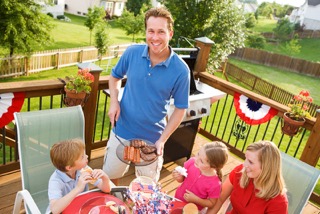 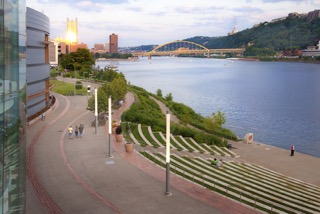 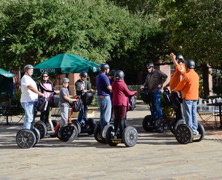 Living in and around Pittsburgh

If youre an urban dweller, Downtown may or may not be your cup of tea. There are lovers and haters in the city of Pittsburgh. The haters are going to tell you everything that's wrong with the place and how it doesn't in any way live up to the standards of New York / Chicago / Boston / name your city. The lovers are another story entirely. Theyre all across the board, from young professionals to young families to middle-aged couples to empty nesters and retirees. With a median housing price almost half that of Pennsylvania at large, and a relatively low median income, bargains abound—especially for New Yorkers used to the idea of raising kids in cramped Manhattan apartments. Walkability and mass transit get high scores, and amenities abound. Even the schools are pretty good. While crime certainly exists here, plenty of residents say they feel safe and don't really think about it. For a city with a history of industry, an industrious revitalization of downtown living doesn't seem all that surprising.

The streetcar suburb of Highland Park gets high marks from fans for being a relatively quiet, ethnically diverse, neighborhoody neighborhood with great amenities and easy access to downtown. Architecture spans a range from craftsman to Tudor to Victorian. Granted, the median home price here is more than double that of Pittsburgh at large—but at under 200K, it's still reasonably approachable relative to a lot of places. Schools also get exceptional marks, and the cost of living is relatively OK. And lets not forget the terrific park with the zoo and aquarium.

Originally named Buena Vista, the Mexican War Streets neighborhood gets its name from the fact that all the streets are named for historical figures and battles of the Mexican-American War. If you're in the mood for an artistic neighborhood without a lot of businesses, this could be your place. It's a quick walk to the North Side, which offers the Andy Warhol Museum, the Childrens Museum, the National Aviary and (of course) home of the Steelers, Heinz Field. If you like that whole small-town, neighborhood village vibe, Regent Square is calling. A compact neighborhood with houses built close together and lots of front porches, Regent Square has a distinct reputation for being a very welcoming and vibrant place. With plenty of amenities right there or nearby, residents claim to really enjoy it. Schools get high marks and the median home price hovers around a quarter mill. East End has been called a boomtown, and is actually a collection of several smaller neighborhoods. The Squirrel Hill and Shadyside neighborhoods are expensive, but come with the kind of excellent amenities and schools that you look for in an upscale neighborhood. These are a couple of the most established, stable neighborhoods in Pittsburgh.

Affluent Mt. Lebanon is one of Pittsburgh's early streetcar suburbs, and comes with a nationally recognized school district. Besides excellent schools, were talking about well-built older homes, a good downtown business district, high walkability (children from all over town walk to school), easy access to public transit, and a surprisingly reasonable median home price of around $200,000. Mt. Lebanon's Virginia Manor neighborhood is considered by some to be breathtaking, with beautiful, huge homes. Hitting a $500,000 price tag in Virginia Manor isn't hard, but there are still some smaller homes in the worst house in the best neighborhood paradigm. The enigmatically-named Moon Township offers a decent bang for the buck. BusinessWeek magazines has previously ranked it as one of the northeasts best affordable suburbs. With a wide range of housing inventory, you can find almost anything from new construction to fixer-uppers.