No joke: hot, arid, cartoon cactus-filled desert Phoenix started as a farming community. The idea that anything besides cactus grows here is fascinating. Apparently, despite the Sonoran Desert’s climate, a canal system turned this bone-dry desert landscape into booming farm country. The alfalfa, cotton, citrus and hay that built early Phoenix all begin in 1867 with Jack Swilling, a Confederate Civil War veteran. He recognized the farming potential because the military had already established such farmland further east. He formed a small community, and Lord Darrell Duppa, a friend of Swilling’s, suggested the name "Phoenix." As in, a city rising from the ashes.

The first election for Maricopa County was in in 1871, and Tom Barnum became Phoenix’ first sheriff. (He ran unopposed after the other two candidates fought a duel. One candidate was killed, and the candidate who killed him had to drop out of the race.) When the railroad showed up in the 1880s, it changed Phoenix significantly. The city became a trade center, and then territorial capital. In 1902, President Teddy Roosevelt signed the National Reclamation Act, which funded dams and irrigation on semi-arid public lands. Virtually overnight, the first dam went up. Besides supplying water and electricity, it formed Theodore Roosevelt Lake. (It’s difficult to not imagine big, bulging, air-filled Teddy Roosevelt pool toys floating around.) In 1912, Arizona became a state with Phoenix as the capital. The Heard Building, Phoenix’ first skyscraper, went up in 1920. Sky Harbor airport opened in 1929. Soon after, former President Calvin Coolidge stood on the Gila River, dedicating his namesake dam. This happened at the end of a long drought, so the reservoir behind the dam was pretty much dry and grassy. Guest speaker Will Rogers joked, “If that was my lake, I'd mow it.” During the 1930s, in an effort to attract tourists, greater Phoenix became known as “The Valley of the Sun.”

World War II saw a distinct economic shift. Phoenix became a distribution center, and started producing military supplies. There were also three air force fields and two pilot training camps. After the war, Phoenix exploded. In 1940, there had been about 65,000 residents. By the end of the 1960s, there were over 500,000. By 2010, Phoenix proper had about 1.5 million residents, with millions more in the suburbs. Growth is attributed in part to Barry Goldwater and his ambitious associates. They established an attractive economic climate, and attracted industry from back East by positioning Phoenix as a panacea. Great weather and cheap land in abundance. A lower cost of living with lower wages. Right-to-work laws and minimal regulations. Easy access to western markets. A great place for young families. The result: manufacturing flooded into Phoenix. High tech became a mainstay. Motorola built its military electronics R&D center here. Intel and McDonnell Douglas are now part of the landscape.

Air conditioning was, of course, key. Advances in AC technology prompted swaths of new construction. More tourism followed. In 1981, Phoenix resident Sandra Day O'Connor became the first woman on the U.S. Supreme Court, nominated by Ronald Regan. In 1985, the nation's largest nuclear power plant went online. 1987 saw visits by Pope John Paul II and Mother Teresa. With an influx of refugees to Phoenix during the 1990s, the number of languages being spoken in local schools grew to a mind-boggling 43. Sheriff Joe Arpaio launched his Tent City in 1993, using inmate labor to relieve overcrowding in what is the world’s fourth-largest jail system.

After Las Vegas, Phoenix is the country’s fastest-growing metropolitan area. Unfortunately, it was also one of the hardest hit by the subprime mortgage crisis. The median home price dropped from $262,000 to $150,000. However, the crime rate has also dropped. Neighborhoods that were in a downward spiral have recovered. Downtown is experiencing new growth, and new businesses are relocating to central Phoenix. Luxury resorts still abound here. The city government is considered one of the country’s most effective. Money magazine ranks Phoenix property taxes among the lowest in the nation.

Valley of the Sun
The Valley

“By The Time I Get To Phoenix” by Glen Campbell 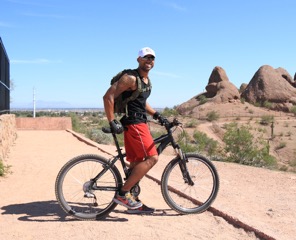 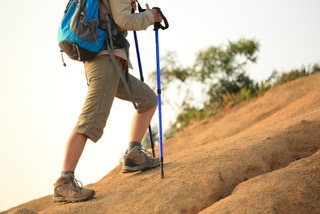 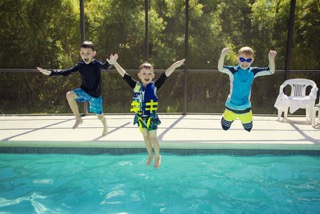 Living in and around Phoenix

As much as we’re fans of a good, urban downtown, it’s difficult to address in the context of downtown Phoenix. First of all, this is a city of extensive sprawl. Moreover, for a lot of folks, defining downtown Phoenix living is an amorphous proposition. Where IS downtown Phoenix, anyway? Plus, about half of the major pro sports is happening to the west in Glendale. But for sake of argument, let’s look at Central City, which is what might pass for downtown. While the amenities and the cost of living are terrific, we’re talking about questionable status for things like schools and crime. Granted, living in a $300,000, 2-bed/2-bath high-rise condo across the street from Chase Field might be just what the doctor ordered. And there are certainly those families that love Center City and have big houses and claim to have a great social life. For the most part, though, there are other communities that probably make more sense.

Way at the top end of the scale is Paradise Valley. Known for its luxury resorts and high-priced real estate, it comes with a median home price of almost $1.5 million. At the entry level, you’re still probably talking north of 600,000 unless you’re looking at the fringes of the community, where real estate might actually have a different town address. Often regarded as the best Phoenix suburb, it’s quiet and beautiful. Adjacent Scottsdale is much more approachable, with a median home price almost 70% lower at $400,000. A much bigger community, excellent amenities and good schools abound. There’s also plenty of culture here, including the Pueblo Grande Museum, the Scottsdale Museum of Contemporary Art, and the Heard Museum. Downtown Scottsdale offers plenty of shopping, dining and nightlife.

Known mainly as the location of Arizona State University, Tempe is a lot more than just a college town—and a lot less expensive than Paradise Valley or Scottsdale. With decent schools and a median home price just north of $200,000, this is a densely populated community with lots of shopping and amenities. It’s often regarded as highly walkable (though a lot of Arizonans will probably consider walking anywhere to be folly). Bonus: Arizona’s only IKEA store.

Considered an up and coming community is Chandler. It’s somewhat further out than the other towns mentioned, and fans of Chandler talk about how much they love both the cosmopolitan and family vibes in the community. Median home price is slightly higher than Tempe, but still below a quarter million. With an award-winning school district and blossoming downtown, Chandler gets ranked as one of Arizona’s best places to live.

Reputedly a word from the Crow Indians meaning “House of Dreams,” Ahwatukee is a favorite spot. (But really, the Crow Indian word for House of Dreams is something else entirely—and it’s all part of the charm.) Most of what’s here didn’t exist 25 years ago. Fans of ‘tukee talk about how friendly the place is, with an actual downtown. Median home prices are just bumping 300K. With a small-town vibe, big city amenities are right nearby.

Litchfield Park has topped some folks’ lists for great places to live in AZ. With a median home price approaching 300K, it has a fairly wide range of inventory, from a 175K 2-bed/2-bath townhome to a 5-bed/3-bath family home with a yard to sprawling million-dollar golf-course homes. Good schools, excellent amenities and a 15-minute drive to university of Phoenix Stadium. You could ask for more…but what?