Philadelphia was founded in 1682 by the English real estate entrepreneur, philosopher, early Quaker, and founder of Pennsylvania, William Penn. Designated the capital of the Pennsylvania Colony, Philadelphia was a significant player in the American Revolution. The Founding Fathers met here, and signed both the Declaration of Independence and the Constitution here. And during both the Revolution and while Washington D.C. was under construction, Philadelphia served as one of the nation's capitals. U.S. history and culture are deeply entrenched here, as is higher learning. With 14 four-year colleges, Philadelphia is a top study destination for students from around the world.

The Delaware Valley's first European settlements were established in the early 1600s. In 1681, Charles II of England granted William Penn a charter for what would become the Pennsylvania colony. Because he was a Quaker, Penn had experienced religious persecution. He wanted people to be able to worship freely in Pennsylvania. This religious tolerance had two important effects: it made for better relations with the Native American tribes than most other colonies experienced; and it accelerated Philadelphia's importance as a city. Even the name Philadelphia stems from Penn's conscience, as it is Greek for brotherly love. A significant and central location, Philadelphia became the obvious place for America's revolutionaries to congregate. By the mid-18th century, Philadelphia had grown larger than Boston.

When the federal government moved to Washington, DC in 1800, Philadelphia remained a financial and cultural center, and the nation's largest city with a population of 50,000. The free black community founded schools for its children with the aid of the Quakers. They also founded African Methodist Episcopal Church (AME), a national first, both as an independent black denomination and an Episcopal congregation. As roads, canals and railroads were built, Philadelphia became the country's first major industrial city. The biggest industry was textiles. Other major industries included ship, engine and locomotive building, and the Pennsylvania Railroad. The 1876 Centennial Exposition was the country's first World's Fair, and it (unsurprisingly) celebrated industry. Irish and German immigrants began settling in and around the city. Additionally, Philadelphia's African American population surged by more than 700% between 1880 and 1930.

In 1950, Philadelphia's population peaked at around 2 million residents. As industry in the city began to restructure, many middle-class jobs were lost. Additionally, railroad suburbs lured wealthier residents out of the city to newer bedroom communities. Phillys population went into decline. The 1970s saw a revitalization of the city, and gentrification began to set in. With industry virtually gone, Philadelphia began luring service businesses, and began dangling the carrot for tourist dollars. A 40-year decline in population has slowed.

Vibrant nightlife has come to areas like South Street and Old City. Center City's Avenue of the Arts is a destination, with restaurants and theaters. Performing arts abound. The Philadelphia Orchestra is considered one of the nations top five. The Opera Company of Philadelphia operates out of the oldest continually operating opera house in the U.S. The Walnut Street Theatre is the country's oldest theatre and the world's largest subscription theater. And Philadelphia has more art in public places than any other city in the U.S.

South Street by The Orlons 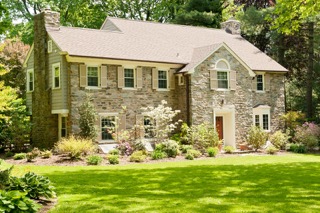 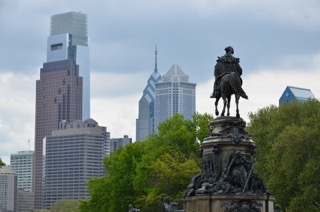 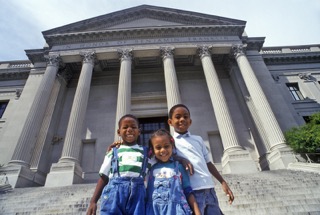 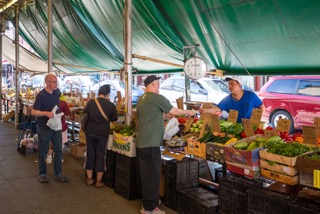 Living in and around Philadelphia

Understand that a comprehensive examination of where to live here is a monumental task. Were talking about a 136-square-mile metro area with dozens of neighborhoods. Some neighborhoods are miniscule. Some go on for miles. As always, were going to cherry pick—but understand that Philly is an unusual and complex place from a neighborhood standpoint.

If you desire a downtown living experience, you want to look at Center City. And looking at Center City means considering one of many neighborhoods. Rittenhouse Square is considered Philadelphia's Fifth Avenue, commanding the highest home prices in the city. That said, if you're used to New York prices, this could shock you. In one of Philly's toniest hoods, the median home price is about half a million. And locals will tell you that, like many Philadelphia neighborhoods, it has a small-town vibe.

Along Penns Landing on the Delaware riverfront, there's a stretch of three neighborhoods that are often considered as one: Old City, Society Hill and Queen Village. Old City was first settled by English Quakers in 1682. In the late 1990s, it evolved into a hip urban neighborhood of cafes, restaurants, nightclubs and art galleries. Real estate here is eclectic with a broad price spectrum to match, and includes lofts, condos and row houses. Society Hill originated in 1681 when the Free Society of Traders acquired land from William Penn. There are three 1960s vintage I.M. Pei high-rises at the neighborhood's entrance. There are also plenty of old brick houses dating back as far as the 1700s. And don't forget contemporary-style homes that have been built while you've been alive. Queen Village was home to dock worker's families for 300 years. In the early 1900s, Russian Jewish immigrants followed. In the 1960s, the artists came. And like the Orlons song says, South Street from Ninth to Front is still the hippest street in town.

The name Manayunk is apparently derived from the Delaware Indian word manaiung, their name for the Schuylkill River and meaning "place where we come to drink". This is a 19th-century factory neighborhood turned upscale post-industrial neighborhood. And speaking of places where we come to drink, there are plenty of bars. There's always a party somewhere in Manayunk. Despite lots of college students here, families have been buying and rehabbing properties. The closer to the top of the hill you get, the more family-friendly it becomes.

The adjacent neighborhoods of Chestnut Hill and Mount Airy are both by two train lines from Center City, they have sprawling Victorian mansions and two-story brick rowhouses, and lots of green spaces and parks of varying sizes. Chestnut Hill has a reputation for being more upscale, and Mount Airy a little rougher around the edges. And Chestnut Hill does have more expensive real estate, a higher median income and better scores for education. But both neighborhoods get high marks for amenities. West Mount Airy tends to raise the bar somewhat, aspiring to be more like The Hill.

Across the river in West Philadelphia is University City. As the name suggests, this is home to U Penn, Drexel and the University of Sciences. The name University City came about as part of an effort at urban renewal and gentrification in the 1950s. With so many schools, it's a diverse neighborhood—and the spectrum of restaurants from African to Vietnamese reflects that. Many U Penn faculty and staff own homes here. Rehabbing of big, old tired homes is popular.

If you're interested in the Philadelphia Main Line suburbs, we have to start with Bryn Mawr.A classic Philly suburb, it's more affordable—and also more walkable—than you might expect. Sure, you can find a $9 million mansion if that's what you're looking for. But you can also find condos under a quarter million and decent-sized single-family homes for about half that. Cost of living is high, but that comes with excellent amenities and good schools.

Devon is considered one of the top Philly suburbs, and comes with a price tag you'd expect. High median income, high median home prices, great schools, great amenities and a cost of living to match—it all boils down to a great place to live. And it's the kind of place where you might expect to find the country's oldest and largest outdoor multi-breed horse show. The name Blue Bell sounds like it might've come out of a kids book. And that's exactly the kind of expensive, idyllic suburb you should imagine. You don't get quite the amenities of Devon, but it also comes at a slightly lower median home price. Slightly further out and slightly less expensive is Wyncote. All at or near the quality of the latter two communities while adding a few more miles onto the odometer on the way into Philly.

Working with a team in Philly can mean crossing state lines. South Jersey has some lovely communities that are within reach of all that brotherly love. Cherry Hill has a vibe that's been known to melt the heart of even diehard New Yorkers. Relatively affordable with good schools, it's a relatively short drive into Philly. Moorestown is somewhat more upscale and a little further out. It has previously been ranked #1 in Money magazines survey of best U.S. towns to live in. One bonus over Cherry Hill is it has an actual downtown. One little idiosyncrasy is that the town is virtually dry. Alcohol sales were finally approved in 2001, but good luck finding a liquor store. Nearby Haddonfield also has a downtown and good schools, along with some nice older homes in Haddonfield and Moorestown. Be prepared for a little bit of sticker shock in the real estate department. But once again: excellent schools, excellent amenities and excellent housing.