Oakland has a reputation as a progressive city with a rough and tumble past—which belies its beginnings as a little town in a forest. For a time in the 1800s, Oakland was called Encinal, the Spanish word for "oak grove." The oak forest that covered the area was eventually the inspiration for the city's English name. First incorporated in 1852, Oakland grew quickly, becoming a major rail terminal and port. Horsecar and cable car lines were built, then came electric streetcars, all of which were eventually updated and consolidated into what is today's public transit system, the Alameda-Contra Costa Transit District. In 1906, Oakland’s population doubled virtually overnight as folks left homeless by the San Francisco earthquake and fires moved across the bay. In 1916, General Motors built Oakland Assembly, a plant that produced Chevy automobiles and, later, GMC trucks. Next came a Chrysler plant. Eventually, Oakland became known as the "Detroit of the West."

Oakland’s manufacturing industries included metals, canneries, bakeries, engines and shipbuilding. The 1920s were a boom time, and 13,000 homes were built in Oakland in just 3 years. Oakland also became the landing point for the first transcontinental airmail flight, co-piloted by Capt. Eddie Rickenbacker. World War II saw many war-related industries come to Oakland. Shipbuilding and canning were vital to the war effort. Over 100 ships were built here, and the canning industry alone was worth $100 million in 1943. (That’s about $1.3 billion dollars adjusted for today’s inflation.)

When President Roosevelt called for integration of defense industry workforces, Oakland experienced an influx of tens of thousands of workers, especially from the deep south. Between 1940 and 1970, the Great Migration drew a broad spectrum of new labor to Oakland, creating a vast racial melting pot. After the war, as shipbuilding declined and the auto industry went through reorganization, Oakland’s jobs began to evaporate. Labor unrest and racial tensions followed. The Black Panther Party was founded at Oakland’s Merritt College by then students Huey Newton and Bobby Seale. The 1970s saw violence and gang problems. In 1989, the Loma Prieta earthquake (6.9 on the Richter scale) damaged many Oakland buildings, and collapsed a span of the Bay Bridge, which was closed to traffic for a month. Then, in 1991, a firestorm swept down from the hills above Oakland, wreaking havoc. Claiming 25 lives, almost 3,000 homes and hundreds of condos and rental apartments, the economic loss was estimated at $1.5 billion. The Oakland Hills Firestorm is on record as the worst urban firestorm in U.S. history.

Subsequently, Oakland became like a phoenix rising from the ashes. New types of jobs began appearing. The city took part in urban renewal and development projects downtown, at the port and at the airport. Former Mayor Jerry Brown (the off-again/on-again governor of California and former suitor of Linda Ronstadt) is credited with much of Oakland’s revitalization and gradual gentrification. Today, Oaklanders pride themselves in being part of a progressive, socially, culturally and ethnically diverse community that has a lot to offer—from high art right on down to on-street parking. Oaklanders claim that traffic in Oakland is utterly unlike other urban centers, in that the streets are navigable and you can actually find on-street parking. (Take that, New York and LA.)

Bright Side of The Bay

Oakland Stroke by Tower Of Power 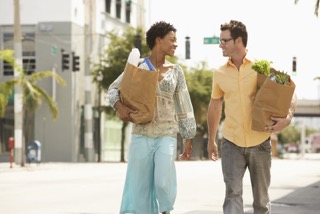 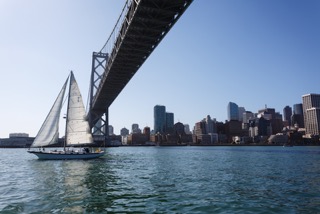 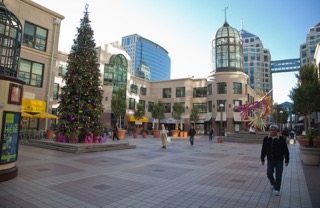 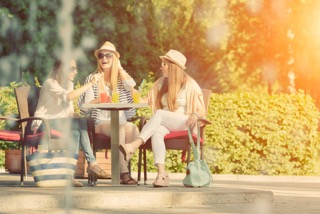 Living in and around Oakland

Living in Downtown Oakland is definitely something for the committed urban dweller. It’s a mixed bag as far as good and dicey areas. The good areas offer the kinds of amenities you’d expect in a diverse city on the upswing: cafes, boutiques, galleries, and a dynamic young population that embraces it. It can also be very walkable. The median home price in Oakland is almost half a million, and if you’re looking to buy, consider that as your baseline. (Some enthusiasts love their condos in Oakland’s Chinatown.) The area known as the Oakland Hills is actually a collection of neighborhoods along the eastern stretch of the city. These are typically the safest neighborhoods, with a higher median income and more mature residents. While there are some occasional flats, the homes here are often on hillsides with little to no usable yard. Some people love it. Others with small children suggest thinking twice.

If you like the idea of a vibrant urban neighborhood with all the attendant challenges, Oakland’s Chinatown gets high marks from its fans. If the cost of living, crime rate potential and schools don’t factor in your decision, and you love good amenities and a good housing value, this could be the place for you. It’s one of Oakland’s most walkable neighborhoods, and has lots of good restaurants. Another neighborhood of similar note is Lakeside, sometimes known as the Lakeside Apartments Districts or The Gold Coast. On the west shore of Oakland’s Lake Merritt, it offers scenic views of the lake and is also walkable. Old City was Oakland’s original downtown during the 1860s. It’s undergoing gentrification and is turning back into a vibrant neighborhood. It’s especially notable if you like Victorian buildings. Trendy restaurants and bars abound, and it’s still affordable.

According to the ever-present Money magazine lists, Alameda is another one of America’s "best places to live." An island community, Alameda has a small-town feel, a high median income, and tons of restaurants. Amenities rate high here, as does housing, weather and education. Just be prepared for the high cost of living that comes with it. With a population of about 75,000, Alameda also has three high schools, three junior high schools, 10 elementary schools, four charter schools, a child development center and several private schools.

Contra Costa County has many notable places to live. Among them are the rolling hills and affluent neighborhoods you’ll find in Lafayette. Apparently, San Franciscans came here to escape the fog and have a safe place to raise their families. This is an A+ community with an A+ price tag. With a $1.2 million median home price (over double the California median at large), rents are somewhat more approachable. There’s also a high median income, great schools and (ready?) Michelin-rated restaurants. You also have easy access to vineyards and cattle ranches.

Somewhat more affordable and equally pleasant is Moraga. You get a small-town feel, more rolling hills, and some of the Bay Area’s best schools. Equally expensive and closer to Oakland, Orinda is one of the Bay Area’s most sought-after communities. Just on the other side of the Oakland Hills, we’re talking expensive homes tucked away on secluded hillsides. Also great schools, and also great amenities. Much more affordable and somewhat farther from Oakland, Walnut Creek offers sophistication at a more real world price tag. US News has consistently ranked Walnut Creek as a top-ten place to live. Multimillion-dollar homes still abound, but the median home price is almost half that of Orinda.