As befits the third most literate city in the U.S., Minneapolis was (probably) named by the city’s first schoolmaster of record, Charles Hoag. As you know, Minneapolis is a City Of Lakes in a Land of 10,000 Lakes. Not to mention that the Mississippi River figures prominently in local geography. Water is big here. So, Master Hoag combined mni, a Dakota Sioux word for water, and polis, the Greek word for city, and the name Minneapolis was born. Lying on both banks of the Mississippi, Minneapolis abuts the state capitol St. Paul, hence the famous Twin Cities moniker. Saint Anthony Falls is the highest waterfall on the Mississippi, and back in the 1800s was often used to power the sawing and milling industries. (With 34 flour mills, we might have the beginning of an explanation for Minneapolis’ invention of the Bundt pan.) Sawing and milling were once so hugely active here, The Minnesota Archeologist once described Minneapolis as the greatest direct-drive waterpower center the world has ever seen. Interestingly, given the occupational hazards of sawing and milling, Minneapolis also had a prodigious industry in artificial limbs and prosthetics.

Fortunately, industrial landscapes evolve. Today, the nation’s fifth-highest concentration of Fortune 500 companies is in Minneapolis, including Target, U.S. Bancorp, Xcel Energy, Ameriprise Financial and Thrivent Financial. Minneapolis also has a vibrant cultural scene and a long tradition of philanthropy, charitable support and progressive public social programs.The city encourages getting people out of their cars and into alternative transportation, and has been called the country’s top bicycling city by Bicycling magazine. An estimated 10,000 cyclists use the city’s bike lanes daily—many in winter. Forbes magazine has ranked Minneapolis as the world's fifth cleanest city. 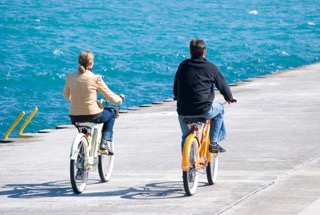 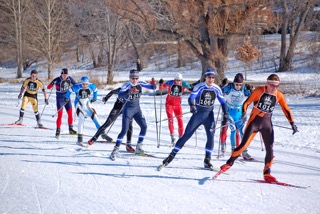 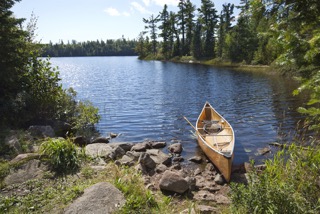 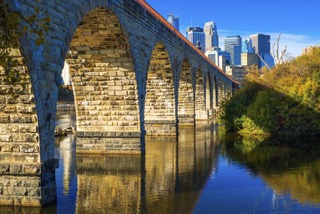 Living in and around Minneapolis

For city living, Calhoun-Isles is an upscale neighborhood that contains the Uptown business district. If you like the idea of upper-middle class city living with a mix of artsy folks, young professionals and older millionaires, good restaurants and an arts scene with walkable neighborhoods, here ya go. If something funky is more your style, think about Northeast. With old homes, new condos, industrial spaces gone gallery, this is one of those up-and-coming urban areas where you’ll find artists living alongside working-class folks. This is where creativity is happening in the Mini Apple.

Longfellow is a middle-class neighborhood that has a lot to offer if you like the idea of owning one of those classic 1930s homes from the Sears Catalog. There are a lot of those here in an affordable neighborhood near Lake Nokomis. However, if you have deep pockets and like the idea of a close-in suburb, Edina has plenty of affluent white-collar professionals and really good schools. To give you an idea of where we are, Edina’s Interlachen Golf Club has hosted several national golf tournaments. Plymouth, on the other hand, has great schools and a lower cost of living. You’ll find more affordable homes here in what is essentially a self-contained city just 15 miles west of downtown Minneapolis. Money magazine once dubbed Plymouth the #1 place to live in the country.

If you like big yards and good schools, Orono delivers—along with plenty of outdoor activities and high property values. (Take that as you will.) An affluent place, some folks consider Orono an ideal community. For a value-minded shopper, Delano is an interesting option. In 2013, Forbes magazine ranked this town #1 for the "Best School for Your Housing Buck." Delano is also reputed to be the town that inspired the Disney film, The Mighty Ducks. It’s a low-key town with a low-key vibe and a lot of smart people. (Rumor has it that Delano students sometime outscore Orono students on standardized tests.)

Minnetonka is a suburban city that happens to be home to Cargill, the single largest privately held company in the U.S. Folks have described it as having a country living feel, and like its excellent school system. There’s a range of housing options available, from condos and townhomes to enormous single-family homes. Suburban Eden Prairie has a reputation as a pastoral place—despite having award-winning restaurants, a huge shopping center and a range of entertainment options. It also has the headquarters of the Minnesota Vikings. As you might guess, you can find $100,000 condos and $3 million sprawling estates. Wayzata is one of those places that grew from a summer enclave for the wealthy of Minneapolis to a suburb for the well-off. A quaint downtown with midcentury architecture, some have called it Mayberry-like—if Mayberry had a high cost of living (more than 50% above the national average), and a high median home price. That said, there are some deals to be had for the persistent shopper.