The name Miami comes from Mayaimi, the name for a south Florida indigenous people, and which also means "big water," referring to Lake Okeechobee where the Mayaimi lived. What is now known as the Miami River marked the beginning of a canoe trail through the Everglades to the big lake. When you get right down to it, there may be no place in the country as colorful and quirky as Miami. The city was founded by Cleveland widow Julia Tuttle. After moving to what is now Miami and becoming a citrus grower, Tuttle convinced railroad tycoon Henry Flagler to bring his rail line south, and the rest is history—a lengthy history steeped in conflict, racial tension, drug wars, frequent refugee immigration, a Spanish-speaking majority, and all kinds of nuttiness imported from across the U.S. It also happens to be the stuff of comedy, most notably provided by the likes of humorist Dave Barry and reporter/novelist Carl Hiaasen.

Miami is a major center for finance, commerce, culture, media, entertainment, the arts and international trade. Forbes magazine has previously ranked Miami "America's Cleanest City." A 2009study by UBS ranked Miami as the country’s richest city. Indeed, with downtown’s huge concentration of international banks and large national and international companies, it’s easy to see why. The South Miami Beach Art Deco District is considered one of the most glamorous places in the world—though many practical people regard it as merely congested and foolish. Cuisine here is infused with an enormous Caribbean and Latin influence. There’s even a style of fusion cooking known as Floribbean. There’s also a lot of Latin American money invested here, and Miami often has a surprisingly international feel.

Magic City
The Gateway to the Americas
Capital of Latin America

"Moon Over Miami," by Eddie Duchin 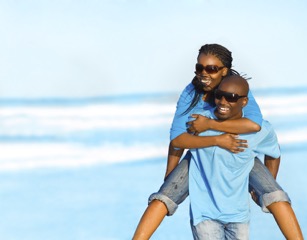 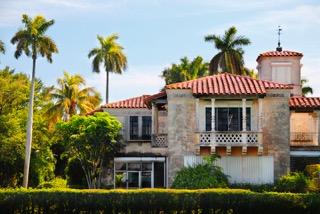 Living in and around Miami

Miami is another one of those cities that is an exercise in sprawl. We’llbe focusing primarily on Dade and Broward counties. And since it’s on everyone’s mind, let’s start with South Beach. Made famous by the Don Johnson/Philip Michael Thomas TV series Miami Vice, the South Beach Art Deco District is at the southern tip of the barrier island that is the City of Miami Beach. It’s small, and everything here has a village feel. Pedestrian friendly, with lots of condos, South Beach is a scene. It gets really crowded on weekends. Single-family homes are pricey, condos somewhat less so. Less famous North Beach is less of a scene, quieter and probably more family friendly.

Moving inland, away from the beaches, you have Downtown Miami. This is high-rise condo living at its most graphic. Miami has quite a skyline. There are lots of newly constructed lofts and high-rise condos, as well as residential neighborhoods of single-family homes. Lots of shopping and restaurants. Know that Miami has a condo glut, soit’s a buyer’s market as of this writing. East of Biscayne Boulevard are older, gated communities with opportunities for fixer-uppers. The Design District is one of those trendy, former warehouse neighborhoods that evolved out of 1990s urban decay to become quite a destination. With about 1,000 residents, this is a community thick with creativity.

To the west, Coral Gables and Little Gables are old-money neighborhoods that have experienced an influx of new money. High-priced real estate and good schools are to be expected. That said, you can still find some less expensive homes and condos. Nearby Coconut Grove is a former hippie enclave that has grown into a bustling commercial and residential neighborhood. Despite lots of big homes and condos, The Grove still shows some vestiges of its funky, hippie past. The Dinner Key Marina here is one of Miami’s most noted.

North of Miami, Aventura and North Miami Beach have plenty of high-rise condos with killer views, both of the Atlantic and the Intracoastal Waterway. Condo living (often with high-end amenities), boating, tennis, and easy freeway access to both Miami and Lauderdale make this an attractive option for the right folks.

Broward County also offers communities that will appeal to folks who are Living Pro Sports in Miami. The most famous town is probably Ft. Lauderdale. There’s a wide selection of single-family homes and condos, many with ocean views and/or access to the Intracoastal. In the young town of Weston, the city’s entire west side runs along the Everglades. BusinessWeek has previously ranked Weston as one ofthe "Best Affordable Suburbs," and Family Circle Magazine recently called it one of America’s Ten Best Towns for Families.

Distinctly different Davie is a very rural community that harkens back to Florida’s cowboy roots. At one time a cattle-ranching town, there’s still a western feel and lots of horse properties. Besides an active equestrian community, there’s a lot of higher education here. Affluent Parkland has zoning laws designed to maintain the city’s park-like character. Until recently, there weren’t even any stores or traffic lights. There’s an unusual mix of McMansion development, gated communities and equestrian properties here. North of Lauderdale, Coral Springs has a reputation for good schools, good parks, and a good business environment. While the town has grown quickly, strict building codes have helped it retain its distinctive charm. It has been previously ranked as a safe town that’s also a good town for young people.