By population, Houston is the biggest city in a state that does things big. Founded in 1836, its named after General Sam Houston, president of the Republic of Texas. With ever-surging port, railroad and oil industries, Houstons population undergoes surges. Houston is also home to the world's largest concentration of healthcare and research institutions at the Texas Medical Center. And NASA's Mission Control (as in, Houston, we have a problem) is at Johnson Space Center. Not to mention that Houston has more Fortune 500 HQ's than any place outside of New York. Diversity here is also big: it's the most diverse city in the country. Houston is also big in area. You could even call it the very definition of sprawl. It covers a lot of land—10 counties over 900 square miles, stretching 50 miles in each direction. And it's also flat.

Houston, the city with no limits

Mission Control (Johnson Space Center)
"Houston" is the first word spoken on the moon
A distinct lack of zoning
More dining out than any other city
A theater district second only to New York in concentration of seats in a single geographic area
McIngvale's Gallery Furniture, which sells more furniture per square foot than any store in the world
#1 U.S. city for young couples
#1 in total acreage of parkland among the countrys 10 most populous cities
300 miles of interconnected bikeway
The worlds only opera company with Grammy, Tony and Emmy awards
The countrys #1 childrens museum
Being the world capital of space exploration
Being most air-conditioned place onearth.
Howard Hughes, Dennis & Randi Quaid, Kenny Rodgers, Patrice Swazye, Beyonce Knowles, Michael Strahan, Wes Anderson, Matt Stone, Jennifer Garner, Jim Parsons, Barbara Mandrell, A.J. Foyt, Phylicia Rashad 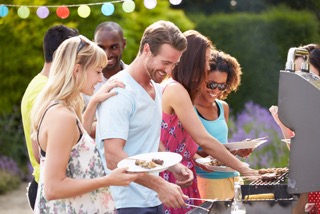 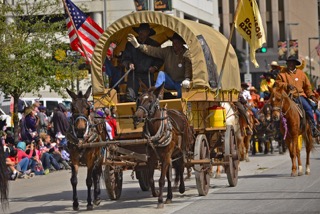 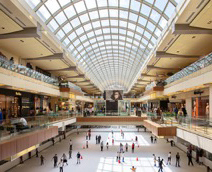 Living in and around Houston

West University has a small-town feel but is really an upscale small city. (Get ready for some home-pricing sticker-shock.) With one of the nations largest Little Leagues, this is an old-fashioned, family-oriented community with an appreciation for good living in the 21st century. It also has good zoning, which is notably lacking around Houston. In a city famed for its unwalkability, Midtown has a reputation for being pedestrian-friendly. The drinking, dining, shopping, green space and ancient oak trees have become attractive to many. Home prices here are reasonable for Houston. Downtown has lately become Boomtown. With bars, restaurants and nightlife, it has become a popular destination. Lots of new housing is available, and the population is diverse. If you're daring, Pecan Park could be right in your zone. A neighborhood on the rebound, you can find some bargain fixer-uppers. Crime is on the decline, and the quality of the schools is on the rise. Bonus: this was the first community ever to offer a free super hot spot for wireless internet access. If you like a hipster vibe, you might dig Cherryhurst. From old bungalows to newer condos with all kinds of architecture in between, it's a short walk to the even hipper (and pricier) community of Montrose with its trendy bars and eateries. A prime location with a diverse community.

Riverside Terrace was established in the 1930s by prominent Houston Jews and later became a neighborhood for Houstons prominent African-Americans. Today, there's a range of real estate options, from older homes that need work to multi-million-dollar vintage properties. Built in the 1950s, Glenbrook Valley is stylishly mid-century modern. Recently, This Old House named it one of the countrys 10 Best Old-House Neighborhoods. For affordable homes with mod appeal, this is the place. Bellaire used to be a place for affordable homes, but property values have doubled over the last decade or so and are continuing to rise. Nonetheless, it's still considered a good value neighborhood with a prime location. Wooded and bayoued Rustling Pines is also a prime location with great schools and a median home price of over half a million to go with them. Convenient, desirable and priced accordingly. Afton Oaks is a very well situated, mid-century, postwar neighborhood that has seen near doubling of home prices over the past decade. Also, many of those fixer-upper 1950s ranch houses are being torn down and replaced with million-dollar mansions. Want a pricey 50s fixer upper or a French inspired villa near downtown, good schools and good shopping? Here you go. Meyerland has evolved into the bargain suburb that is giving savvy Houston home shoppers more bang for their buck. Nearby and wealthy Bellaire has everything one would wish for in an affluent community. Meyerland has it for a slightly better value. For the same dollar, have a bigger home with a bigger yard. Or get a smaller home at a more affordable price. The Tanglewood neighborhood is where to move if you have money to burn. Designed in the 1950s, it has thousands of trees. Also, excellent drainage—which is one of the reasons it caught on after Houston was hit with heavy flooding. Be prepared: the median home price here is over $1 million. You might be able to score a condo for half that (or less), but understand that this is primarily a neighborhood of swells. Who run. Apparently this is a community of big exercisers. The trees shading the running trail probably have something to do with that. At a time when teardowns and new construction seem to be in fashion, Timbergrove residents are remodeling the postwar ranch houses of this neighborhood that's on the down-low. It retains much of its original character, more commercial development is on the horizon, and outdoor activities include bike trails and bayou water sports. With access to good schools, easy access to downtown, and access to big homes (think: remodel) starting in the $400,000 range, Brykerwoods is a desirable neighborhood. It's a family-oriented place with a tight-knight community.