The name Detroit comes from the French Rivièredu Détroit, which means River of The Strait. A strait is a natural, narrow waterway connecting two larger bodies of water. (Interestingly, the Detroit River typically isn't referred to as a strait these days, as it simply isn't wide enough.) The city was founded in 1701 when French officer Antoine de la Mothe Cadillac and fifty-one other people established a settlement called Fort Pontchartrain du Détroit. France was offering free land to anyone willing to colonize Detroit, and it worked. By 1765, it had become the largest city between two other French settlements, Montreal and New Orleans. During the French And Indian War, the British gained control of Fort Pontchartrain du Detroit and shortened the name to (you guessed it) Detroit. Soon after, several Native American tribes launched Pontiac's Rebellion and conducted a siege to capture Fort Detroit, but failed. The French eventually ceded all its territory east of the Mississippi to Britain, Detroit inclusive.

For a time, Detroit was the capital of Michigan, and surrendered without a fight to British troops during the War of 1812, only to be recaptured by the U.S. the next year. Detroit became a key stop along the Underground Railroad. An estimated 20,000 to 30,000 refugee slaves crossed the Detroit River into Canada. During the Civil War, Detroit men volunteered to fight for the Union, including the 24th Michigan Infantry Regiment, which suffered 82% casualties at the Battle of Gettysburg. After the war, the city began sprouting Gilded Age mansions, reflecting Detroits rise as a center of shipping, ship building, and manufacturing. Its position along the Great Lakes waterway helped Detroit become a major port and transportation hub. Henry Ford built his first car in a workshop on Mack Avenue in 1896. In 1903, he founded the Ford Motor Company. This, along with the automotive manufacturing efforts of William C. Durant, the Dodge Brothers, the Packard brothers, George Lewis Weiss, and Walter Chrysler—helped establish Detroit as the world's automotive capital. Truck manufacturers like Rapid and Grabowsky followed suit, as did industries for service garages, gas stations, parts and tires. Following the explosive growth of the automotive industry came labor unions like the AFL and UAW. In 1920, Prohibition helped establish the Detroit River as a major channel for the smuggling of illegal Canadian booze by organized crime. The boom after World War II saw Detroit undergo extensive suburbanization and highway construction, and the car became king. Various factors, including crime and riots, led to the tax base fleeing to the suburbs. In recent years, there has been an effort to revitalize Detroit, with much of the emphasis on developing the riverfront. New casinos and new sports stadiums are the most visible efforts, and billions have been invested in new residential and commercial efforts. The city went into bankruptcy in November of 2013, and exited Chapter 9 just over a year later. During that time, the nations biggest bank, J.P. Morgan Chase, announced an effort to inject $100 million into the city—the largest commitment they've ever made to any one city.

Speramus Meliora; Resurget Cineribus (We Hope For Better Things; It Shall Rise From the Ashes) America's Greatest Comeback City

"Born In Detroit," by The Rockets 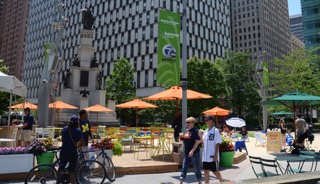 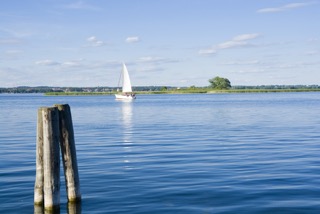 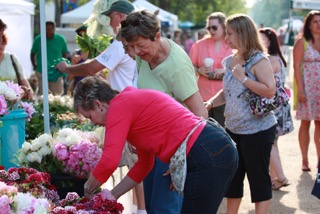 Living in and around Detroit

Downtown Detroit is undergoing a renaissance of sorts. Skyscrapers dominate the skyline. New construction and historic buildings, condominiums and loft apartments are available in the now bustling downtown area. There are far too many neighborhoods to offer a comprehensive overview. A few popular ones include Bricktown, listed in the National Register of Historic Places. It's now defunct Wayne County Courthouse is where Mae West was tried on a charge of public indecency. Also known for its live music venues, Bricktown is on the way up with residential lofts and the nearby Greektown casino. About half a mile from the high-rise Renaissance Center, Greektown is also listed in the National Register of Historic Places. With popular restaurants, entertainment and the Greektown Casino, the neighborhood will appeal to a certain stripe of urban dweller—especially if you like Greek-influenced architecture. The Detroit River front neighborhood has become a high-rise condo jungle, with a mix of brand new construction, and restored older buildings dating as far back as the 1920s. And let's not forget the inevitable converted warehouse lofts. This is a good location if you want to live close to the sports arenas and urban culture. You'll find many of Detroits wealthy (including a high percentage of Detroit's successful African-American families) living in the neighborhoods of Indian Village and Palmer Woods.

Suburban Royal Oak once had a reputation for being a yuppie enclave. It offers restaurants, shops, live music and comedy, an art house showing independent films, culture, parks&mashit's a place worth noting. There's an array of condos, lofts, townhouses and high-rise apartments to choose from. Grosse Pointe Shores, Grosse Pointe Park, Gross Pointe Woods, Grosse Pointe, and Grosse Pointe Farms are collectively known as The Pointes. Think: old money. The mansions along Lakeshore Drive were built by Detroits automobile moguls back in the day. While affluence is part of the entry fee for The Pointes, more affordable housing can be found away from the lake. Good schools, of course.

Bloomfield Hills is another multimillion-dollar-mansion enclave of new-money millionaires. Yes, you'll find fellow sports stars here, along with up and coming movers and shakers. Bloomfield Township also has big houses and great schools without the mansions. Younger families are found here, and folks who might aspire to Bloomfield Hills. West Bloomfield is even more laid back and is a model of amiable suburbia. Forbes has called Ann Arbor one of the nations best-educated small towns. The town and the University of Michigan are inseparable. Technology companies have also moved here because of the deep talent pool available to them. Be prepared to go fully green. Northville and Plymouth are east of Ann Arbor, providing easy access to Ann Arbor's amenities without being quite so steeped in U Mich. You'll find condo living as well as McMansion developments.

South of Detroit is a collection of mainly blue-collar burbs known as Downriver. Key among them is Wyandotte, which is reputed to have kept its 1950s small-town charm while being close to good shopping. There's also good fishing here, along with competitive rowing. There's talk about how Trenton is becoming ever more fashionable with new waterfront condos, upscale eateries, an arts scene and good schools. The largest island in the Detroit River is Grosse Isle, which has gone from being a summer community for wealthy Detroiters to bedroom community for Downriver executives. The waterfront town of Gibraltar is a place where you might find yourself able to afford actual lakefront living. What the town is lacking in amenities can probably be made up for by sheer loveliness.