Texans do things big. Dallas is no exception. We’re talking the largest urban center of the country’s fourth most populous metropolitan area. Situated in the northern part of the state, Dallas is a city historically built on oil, cotton, cattle and railroads. Presently the country’s fourth largest employment center, Dallas has more than three million non-farm jobs. (That includes whatever sports-related employment you’re relocating to.) With the nation’s third-largest concentration of Fortune 500 companies, the Dallas economy is underpinned by banking, commerce, telecommunications, computer technology, energy, healthcare and medical research, and transportation and logistics. Dallas/Fort Worth International Airport is one of the world’s largest and busiest airports. The origin of the name Dallas is uncertain. One theory, perhaps the most interesting, is that it’s a derivative of the Scottish Gaelic word, Dalais, which means valley of water. Since that’s the most poetic of the various theories, we’re sticking with it.

Back In 1855, a group of artists and musicians from France, Belgium and Switzerland established a utopian community west of Dallas. Called "La Reunion," it failed about two years later. Many of the artists moved to Dallas, establishing an arts and culture base that continues to thrive today. There was a time when, if you wanted to live in downtown Dallas, you would have been lonely. These days, downtown is beginning to show more signs of residential life. The central business district population is around 8,000—up from only 200 a few years ago. More attractive might be the neighborhoods circling downtown are quite close, and offer more options. They include Uptown, Deep Ellum, M Streets, Knox-Henderson, The Cedars, Southside, Design District, Oak Lawn, North Oak Cliff, Bishop Arts and Kessler Park. They offer more infrastructure (especially if you have a family), and are within easy striking distance of downtown. One important note about the Dallas area in general: it is a car culture. Dallas has an extensive highway system and the traffic congestion to go with it. This isn’t a criticism, just a notable reality. Especially if you live in the exurbs, you’ll be spending time in the car. 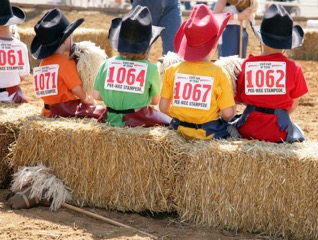 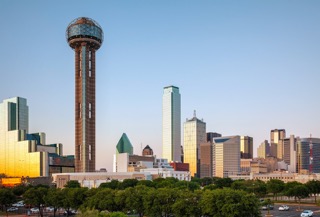 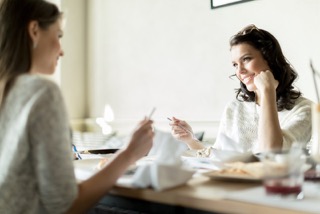 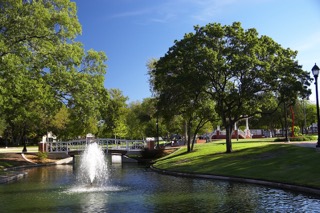 Living in and around Dallas

Know Plano from the fishing tackle? No relation. That’s Illinois. Plano, Texas is a three-time designee by CNN Money as the best place to live in the Western United States. Forbes has put it among Dallas’ top suburbs for living well. The city of Frisco has received similar props from Forbes and CNN. Frisco has also been called Tree City USA by the National Arbor Day Foundation—and still, you’re just 25 miles from DFW.

The city of Allen is a fast-growing place that wants less to be a bedroom community than an edge city. Allen has been considered notable for its $60 million, 18,000-seat high school football stadium. A little more below the radar is Flower Mound, a relatively young and less developed community. It’s certainly developing, but seems to be more conservative and less ambitious in its growth. Grapevine is an interesting town once proclaimed The Cantaloupe Capitol Of The World. These days, Grapevine is known more for its historic downtown, and for the wineries and wine tasting rooms that dot the area. Rapidly growing Lewisville is considered by many to be one of the more affordable suburbs, and many residents enjoy its small-town feel.

The towns comprising Dallas’ Mid Cities include Southlake, popular amongst new transplants for its country estate feeling and proximity to DFW. The Highland Park neighborhood, Dallas’ first suburb, established in the early 1900s. It also is notable for having been a frequent shooting location for the TV series Dallas. A few years ago, the magazine Mother Jones published an article called, Inside The 1 Percent's Texas Enclave. So you have a pretty good idea how they feel about it. Take that as you will.

The Dallas Morning News did a yearlong study that rated Prestonwood as the #1 neighborhood. Granted, #1 is often a matter of taste, but the town does have a reputation for being very neighborhood-y. Colleyville is another desirable neighborhood whose two high schools have been singled out as especially good by Newsweek magazine. Equally desirable is Trophy Club, a community designed in 1973 to include a golf club housing the trophies of golf legend Ben Hogan.