In case you’ve ever wondered (and even if you haven’t), the name "Chicago" was derived by the French from the Native American word, shikaakwa. Some translate this word as "wild leek," "wild onion" or "wild garlic." Apparently, other sources say the name means place of the skunk. (We remain agnostic on this and lean towards the former, as we enjoy leeks.) Chicago’s 1900 population was 77% foreign-born, or U.S.-born of foreign parents. Two thirds of that population was German, Irish, Polish, Swedish or Czech, which accounts for the notable concentration of those ethnic groups in Chicago history and lore. Interestingly, the term "midway" for a fair or carnival was originally a reference to a strip of park land that runs through the University of Chicago campus called the Midway Plaisance.

In the 19th Century, Chicago began emerging as a center for finance, manufacturing and retail. In 1871, the Great Chicago Fire destroyed an area of about 4 square miles. The wooden buildings that were destroyed were often replaced by steel and stone construction, setting a standard for construction around the world. Included in this rebuilding was the world's first steel-skeleton construction skyscraper. The Chicago industrial boom meant a much bigger labor pool—along with labor conflicts and unionization. Chicago also became a leader in social work when efforts were made to deal with the social problems afflicting the city’s immigrant poor. Chicago also lead the way in public health, setting higher standards for medicine and fighting urban epidemics of cholera, smallpox and yellow fever.

The arts in Chicago are a vibrant mélange of visual arts, novels, film, theater, improvisational comedy, jazz, blues, soul, gospeland house music. It also has a very active political culture, which (contrary to other, more meteorological-based beliefs) is the basis for Chicago’s Windy City nickname—it’s all the political hot air. Chicago is an international hub of finance, commerce, industry, technology, telecommunications and transportation. Besides the world’s busiest airport, Chicago has more highways and rail freight than any other city. In 2012, the Globalization and World Cities Research Network named Chicago an alpha global city, and is seventh on the 2014 Global Cities Index.

As for moving here, be prepared: this is indeed a city of neighborhoods. We can never cover them all, but we’ll be looking at some of the most popular.

Urbs in Horto (City in a Garden)

I Will RANDOM SONG ABOUT THE CITY 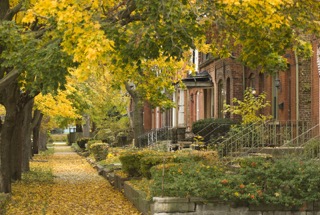 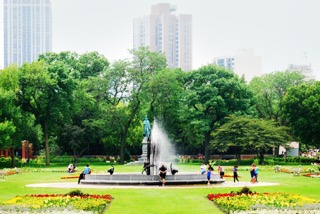 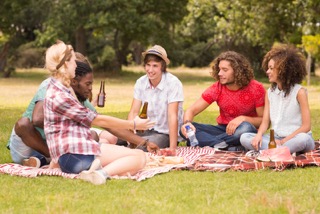 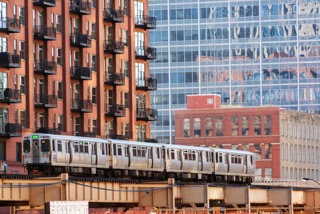 Living in and around Chicago

Lincoln Park is one of the places a lot of city-living newbies like to move. It’s home to the Lincoln Park Zoo (free and open to the public year round) The Lincoln Park Conservatory is a botanical extravaganza. Lake Michigan is right nearby. And yes: sports bars. Easy access to mass transit from Lincoln Park. If the idea of a proper urban downtown holds an attraction for you, Chicago’s Downtown may not. There are expensive high-rises with killer views and tiny spaces, and high-end luxury condos at Trump Towers. But this is a downtown where things are quiet on weekends.

There are the more flamboyant Boystown and Andersonville (the latter being the more affordable and relaxed of the two). Wicker Park and Bucktown are hipster neighborhoods that are drifting into the mainstream. Have money to burn and like to be seen? Ukrainian Village is an up and coming neighborhood south of Wicker Park. Quiet as hipster haunts go, Ukrainian Village has good restaurants and coffee joints.

If transit buses or car are going to be your preferred modes of transit, River North could be home for you. It’s already home to Chicago's gallery district, with the nation’s largest concentration of art galleries next to New York. This is also where you find popular clubs, bars and eateries filled with beautiful people and celebs. If the name Gold Coast sounds somehow classic and out of time, there’s a reason for that. The 7th richest urban neighborhood in the U.S., Gold Coast is about big incomes and old-money homes. The original Playboy mansion is here. (The 70-room classical French mansion later became a dorm for the Art Institute of Chicago before it was turned into multi-million-dollar condos.)

Pilsen is a neighborhood on the rise. Its burgeoning art scene includes monthly open-gallery nights. The neighborhood is filled with creative professionals in part because of affordable studio spaces and housing. But public transit is less convenient here and a car is a good idea. Logan Square is another hip neighborhood, but without so much buzz. A cool and interesting local scene. Wrigleyville is sports-central. Chicago's hard-core sports fans like this sport-bar Mecca.

If urban living is outside of your zone of desirability, Chicago has some exceptional suburbs. One of the fastest growing is Buffalo Grove. But despite the growth, it’s still a social, safe, pleasant and friendly bedroom community of tree-lined streets and nice homes. Wheaton has been ranked by Chicago Magazine as one the healthiest large suburbs. It has good schools, a low crime rate, 52 parks, an energetic downtown, and one of the country’s top public libraries.

Money Magazine has called Lisle one of the best places to live if you’re rich and single. That notwithstanding, it’s also a great place for families. Noted for being a quiet town with a high quality of living, Lisle is known as The Arboretum Village.It’s filled with parks and trees, and has everything from apartments to condos to single-family homes. The bustling downtown is easily walkable and picture perfect. Lincolnshire is ranked as one of the best places for education in the Chicago area. It also has beautiful homes on large lots in quiet residential areas.

Itasca is a charming small town out of time, which belies its contemporary amenities and vibe. Elmhurst is an equally desirable, affluent neighborhood with great schools and a great quality of life. Almost two dozen parks, community and fitness centers, gold...it’s a suburban paradise. Winfield is considered a great place for young couples, quiet and safe, good schools and amenities, and a sense of community. Forbes has named Downers Grove one of America’s Friendliest Towns. More good schools and plenty of activities.

Tony Lake Forest is practically a model for affluent suburbs. Big expensive homes in a lush, green landscape can easily evoke the rich kids from a John Hughes movie. (John Hughes himself lived in Lake Forest in a rather spectacular mansion.) Mundelein is a less expensive village with plenty of opportunities for active fun.