Welcome to the Rust Belt. The 1933 song Shuffle Off To Buffalo is about honeymooning in a place that once had more millionaires per capita than any other city in America. Buffalo’s proximity to the Erie Canal helped establish it as a hub of transportation and trade. During the 20th century, the grain, steel and automobile industries fueled Buffalo’s growth. In the second half of the 20th century, Buffalo's economy took a nosedive, and is recovering with transition to other industries that include financial services, technology, biomedical and education.

As New York’s second largest city, Buffalo gets a bad rap for lots of things—not the least of them being lots of snow. While this is one of the snowier metropolitan areas in the US, there’s less of it than in many other places. Moreover, moving to the town that invented the Buffalo chicken wing has got a lot to recommend it, especially if you like a foodie scene and a vibrant arts community. And just by the way, Millennials are apparently moving to Buffalo in droves because it’s affordable, and they’re enjoying the heck out of restoring historic properties. Quality of life has been a recurring theme for Buffalo relocatees, and some have called Buffalo an affordable version of Chicago. CNBC has ranked it #2 on its top 10 list of cities to relocate to.

"Shuffle Off to Buffalo," by Al Dubin and Harry Warren from the musical 42nd Street 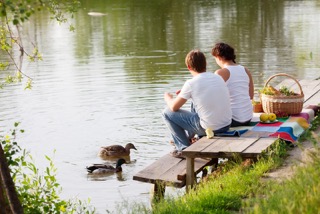 Living in and around Buffalo

Elmwood Village gets a lot of play, and in 2007 was recognized by the American Planning Association as one of the 10 Great Neighborhoods. A vibrant community with a diverse and eclectic vibe, it represents an example of the new urbanism that’s happening around the country.

Allentown, while not the same one immortalized in Billy Joel’s song of the same name, could have been. A working class town that had fallen on hard times, Allentown has undergone a renaissance. Leaving behind its Rust Belt challenges, this neighborhood has become a fashionable enclave recognized for its nightlife, dining, and antique shopping. The Allentown Historic District is listed on the National Register of Historic Places.

Desirable suburbs outside of Buffalo include Williamsville.With a reputation as a family-oriented suburb with lots of activities, Williamsville has top schools and lots of community parks. East Aurora is a quiet, middle-class town with a reputation for friendly folks and, oh yes, a five & dime. Upper-class Clarence is a growing community with an established cultural scene.

Similarly, Orchard Park represents a lot of six-figure incomes, big homes and good schools. Upper middle-class Lewiston, on the banks of the Niagara River, is especially noted for its various summertime celebrations, as well as its dining. USA Today gave Lewiston the Best for Food award for small U.S. towns. Also, Season 8 of The Amazing Race finished there, making it the smallest town in the history of the show to host the finish line.