Living the Dream and the Paradox of Success 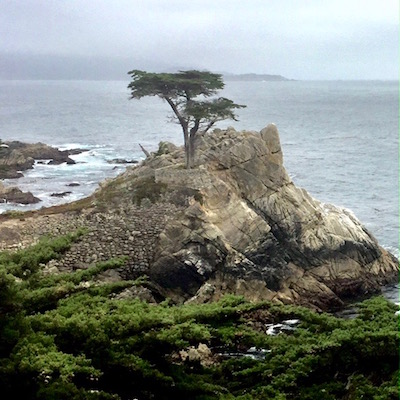 When offered the job of your dreams - the one representing the pinnacle of success, an opportunity of a lifetime – how do you handle it?

FROM FAILURE TO SUCCESS

On the road to success, you may encounter a plethora of people freely sharing their insights and ideas on how to get there. Knowing what you want is reflected in a carefully crafted vision, but how to get there may not be as clearly defined. Things within your power such as discipline, strategic planning, talent, intelligence and exceptional skills may help you define your path with precision of a laser. However there are factors and circumstances beyond your control, including timing, people whose decisions impact your access and old fashioned luck. You can be denied an opportunity despite doing everything within your power to put yourself in the position to succeed. That’s called life. Desiring to become a head coach, general manager, team owner or making the final team roster are all examples of situations in which you may do everything in your power to succeed but still miss the final cut. It stings. It hurts. You have a thirst that cannot be quenched and a hunger that is never satisfied. Hard work should be rewarded but such rewards can be elusive.

Why do you hold on to this hope? What is the drive that sends you forth again and again, convinced that this will be the time? Surrounded by crowds of support you stand in the spotlight all alone. “Never give up they tell you."  “Perseverance is the key.” Those are the people who can’t know what if feels like to give your all and come up short. You’ve never felt so alone - your goal once again denied. No one will ever know how many times you fell short, and with each denial you cried (even if only on the inside).

Yet, you continue to push forward, holding on to a shred of hope until FINALLY, this time you have the right key to open success’s door.  You’ve arrived… vision realized! Your long, arduous journey has been filled with draining trials and drenching tribulations. Yet you kept fighting, pushing and holding on tight to your dream.  You are appointed, selected or elected. Your contract has been negotiated, signed, sealed and delivered. You’ve sought and found the “holy grail” of your chosen career.

A course in patience, a lesson in endurance and a test in perseverance. Doubt resolved and confidence prevailed as you crossed the finish line. You made it!! You learned what it took to get   the job of your dreams. You’ve been laser-focused on getting to this point – but have you really thought about what to do now that you’re there?

Now it’s time for the reality check. What comes with achieving your goal and the opportunities it affords you? The first thing you may need to do is acknowledge that you are irrevocably changed as you transition into your new job. Forget the fantasy that you try to spin to yourself and others that “I’m not going to change!” By virtue of achieving this role you’re in an exclusive position – given only to a select few. You've been granted membership not just into a new job at a higher tier, but into a different world. To believe you will remain the same essentially means that you will operate at this new level with a mentality and skill set designed for a lower level of professional development.  Insistence on holding onto this approach may mean you’re actually not ready to rise to the demands of your new position. You may be invested in bringing your old world into this new environment, which could keep you tethered to a mentality that is unsuited for your new responsibilities. Too many high achievers try to carry their former lives with them to the next level. When they do so, those elements can begin to clash with new realities, and can in time lead to an unravelling of the success they worked so hard to achieve. How many times have we seen coaches achieve the top coaching position and continuing to focus on the skills that made him/her successful at the assistant level? Without the recognition that managing people, players and the administrative responsibilities are as important (or in many cases, more important) than merely calling plays, that coach will not be able to achieve the level of success her/she expected. Growing into the job is thwarted by limited, restrictive thinking. Your comfort zone may feel like a wonderful, secure place, but staying in it often does not allow for much growth. Advancement means movement. Stuck is just that…stuck!

It takes courage to become self-aware. It’s necessary to burst those over-inflated balloons of self-importance to expose the necessary truths and realities we need to not only recognize, but understand. We can easily become conflicted in climbing the rungs on the ladder of success. We claim to want to be genuine and authentic, but how much of ourselves do we retain as we propel forward and rise upward? Are the skills and approaches that got us to where we aspired to be same things that will keep us there? What else do we need to know, learn and understand? Who will be the people who will enrich and enhance us as we continue to grow in the space of success?

The lessons that must be learned are simple to identify but sometimes difficult to put in practice. Many individuals have overcome adversity, disadvantages and disappointments to achieve widely recognized success. In the following section I’ve highlighted four such individuals, each of whom underwent humbling experiences that motivated them to grow into another dimension of their authentic selves. Their examples teach us not only to persist but to stay focused and positive – despite any barriers and challenges that arise.

1 Steve Jobs - was unceremoniously ousted from Apple, the company he co-founded.  When the company was floundering a few years later he was asked to return, a decision that ultimately led to Apple’s creation of products that changed the world (including the iPhone and the iPad). Today, he is known as the father of the digital revolution.

2 Steven Spielberg - was rejected from a prestigious film school three times. Now he has multiple Academy Awards and has a building named after him on the school’s campus

3 Richard Branson - the famous Virgin Atlantic founder suffered from dyslexia and had major cognitive problems. When he was in school, many of Virgin chairman Richard Branson's teachers considered him stupid and lazy. Without having his dyslexia accommodated, he could not focus. After starting (and often failing) in business, he learned about the mechanics of his learning disability and adapted his management style to it. He considers is dyslexia one of his greatest assets.

4 JK Rowling – author of the Harry Potter book series, was a single mother living on welfare when she wrote the first story. She was rejected by 12 different publishers before selling her book for only $4000. Rowling is now the 13th wealthiest person in Britain, (wealthier than the Queen).

5 Oprah Winfrey - was born into poverty in rural Mississippi to a teenage single mother and later raised in an inner-city Milwaukee neighborhood. She experienced considerable hardship during her childhood, saying she was raped at age nine and became pregnant at 14; her son died in infancy. Her early career in television came to an abrupt end when she was fired for being ‘’unfit for television.’’  She went on to found her own production company. She is best known for her multi-award-winning talk show “The Oprah Winfrey Show” which was the highest-rated program of its kind in history and was nationally syndicated from 1986 to 2011. Winfrey has been ranked the richest African-American of the 20th century and the greatest black philanthropist in American history. For a  time, she was  the world’s only black billionaire and is ranked among the most influential women in the world.

THE ROAD TO SUCCESS IS CHALLENGING

There is no one who hasn’t struggled his/her way to the top. Although it may appear to have been easy to observers, success is not easily achieved. Even the most successful people in the world have faced failures. The takeaway lesson for anyone facing challenges in their lives is to be resilient, persistent, and willing to learn from failures and mistakes. But he who rises up against obstacles and continues the race forward is the one who reaches the top.

Here are a few tips from those who have been there, are there and those who aspire to be there:

* Loyalty is a constant. Pay attention to this and those who are unconditionally committed to it

* Note those who serve and those who are self-serving. Know the difference

* Understand, manage and create a balance between your internal battles of doing what makes you good and doing what others expect of you

* It’s okay to say “yes” to a once-in-a-lifetime opportunity, but determine whether or not you will be in a position to succeed. It’s one thing to be named head coach of a team, it’s  another to have the power and the authority to run it

* You are dispensable. Anyone with similar skills can be in your position…and will be - eventually

* Make the most of your time and your turn.

* Tomorrow brings no guarantees so enjoy today. you may not be the person you are today. And that may not be a bad thing

* Be flexible, resilient, persistent, and learn from your poor choices as well as your good ones.

* Remember – mistakes are lessons. Learn from them.

* Learn to forgive and (perhaps) to forget.

* Politics are a part of business - any business. People want their ‘’own’’ people in the mix. Realize you may be a team of one - but it’s a powerful one.

* Your decisions expose your moral compass.

* Be yourself – but better!


The Toll Road to Glory

While those outside of the sport see only the idyllic, “living the dream” scenario, the reality for many is that achieving and living this dream comes with huge personal sacrifices.

Being the wife of a football coach can be challenging. But Sarah Taylor got to see firsthand how to handle the job by watching her mother, Karen Sherman.

Control What You Can - Opt Out