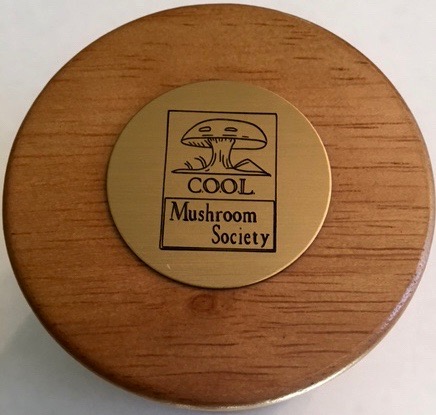 It was during the Senior Bowl in Mobile, Alabama, 1995.  Howard Mudd, Offensive Line Coach with the Seattle Seahawks, Bill Muir, Offensive Line Coach with the New York Jets, and several others were sitting in the hotel lounge after a full day of player evaluations.  As they were rehashing the day, standing a few feet away were a group of quarterback coaches who had been former quarterbacks discussing their exclusive QB Club. At the time, any quarterback that ever played in the NFL could belong to this select group.  Whether it is in existence today is unknown.

There happened to be a couple of individuals in that group that Howard and Bill had agreed were arrogant asses and few in the group liked them.

“Look at those son-of-a-bitches over there, thinkin’ that they’re hot shit, they have their own stinkin’ club…and they’re sitting over there excluding us.”

Unable to recall who came up with the idea at the time, one of them said, “You know, we ought to form our own damn club for the fat guys, for the offensive line coaches, for all the fat guys that protect these guys . . . ”

Howard, also known for being well-read outside of football, came up with the acronym, C.O.O.L. - Coaches of Offensive Linemen.   As he notes in his book, The View From the O-Line, there are certain essential traits of Offensive Linemen that aren’t required of players in other positions.  “Obviously, enough size, strength, and mobility to block some of the biggest, quickest athletes on earth but a 320-pound man equipped with every physical gift a coach could want is useless without traits that are hard to measure.”

What are some of those immeasurables?

Character:  “It’s being able to pick yourself up after being knocked on your ass.”

Selflessness:  “O-linemen are quite unlike their teammates who game announcers, ESPN, The NFL Network, newspapers, and blogs talk about most often.  He’s moved past playing for glory.  He had to in order to see his team succeed.

Leadership:  “The Offensive Line sets the tone for the entire team, whether in pre and in-season conditioning, during the game or even off the field.”

Intelligence:  “The stereotype that linemen are big and dumb is not merely misplaced, it’s absurd.  The offensive lineman’s job is much harder and more intellectually challenging than what meets the eye.  He isn’t some oversized, overfed slug just getting in someone’s way.  Next to the quarterback — in some instances, as much as the quarterback — he has to be the most intelligent player on the field.  He not only needs to know how to block — a very exacting technical skill — he needs to see through the defense’s purposeful confusion to know which man to block.  And he has to do it fast while a maniac is trying to manhandle him.”

There are no players and men in professional football like offensive linemen.  They are the game’s heart and soul.

Andy Reid, current Head Coach of the Kansas City Chiefs adds, “He is in the middle of America’s favorite spectator sport but he might as well be invisible.”

An interesting paradox given the overlooked but critical roll the offensive line plays in a team's success.

“We should call ourselves The Mushroom Society,” Howard said.

Howard then proceeded to explain the metaphor of the mushroom.

“It’s simple, guys. You grow mushrooms by keeping them in the dark, feeding them shit, and expecting them to produce.”

Toasts were made, more beer was shared, t-shirts were in the future and The C.O.O.L. Mushroom Society was born.  What began as a spontaneous reaction for recognition and respect for the men in the trenches has grown into an organization of collaboration and mentorship among O-line coaches in the NFL, college and high school.   The C.O.O.L. Mushroom Society continues to thrive and meets annually for clinics and camaraderie.

Read more great stories about these unsung heroes of the game in Howard's book which you can find here: [A View From the O-Line]

And the next time your team wins, remember to make a toast to the fat guys.


A Slice of Life

Dan Fouts and his offensive line dined there the night before every home game.

Go for it -- whatever it is. And Believe.

We tend to resist going against our better judgment as we risk failure, embarrassment or worse.