Go for it -- whatever it is. And Believe. 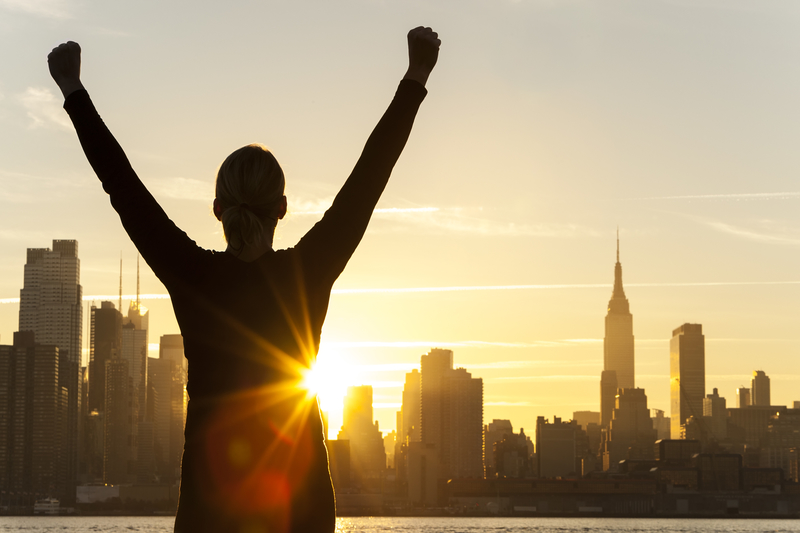 A few weeks ago I wrote a story called BELIEVELAND. It described LeBron James’ effort to fulfill his promise to bring a championship to his hometown in northeastern Ohio. The reigning champion Golden State Warriors were heading toward another championship, easily slaying their opponents and rewriting record books along the way. The odds were against LeBron and his Cavaliers. Yet, his fiery determination slowly burned renewed passion into the hearts of doubting as well as diehard fans. They had the audacity to join LeBron in believing he could and would overcome the odds to snatch the championship from the dominating Warriors. Not only did he fulfill his promise, but LeBron and company also erased mountains of doubt and longstanding records. They taught us to believe the unbelievable.

It's hard to believe in something that has never before happened. When facts and history conspire to make sense, it's difficult to believe otherwise. It doesn't make sense to do so. In most instances, we are compelled to do what makes sense. We tend to resist going against our better judgment as we risk failure, embarrassment or worse. We desire the security of following what's rational and reasonable, at least most of the time.

However, there are times in which we dare to be defiant. We play the odds, we take risks and we trust our instincts. In these moments, we allow our feelings to guide our decisions instead of our brains and dismiss what makes sense. We may throw caution into the wind and go for “it” - whatever “it” is. Our adrenaline changes from a flow into a gush, increasing our excitement at the mere idea of doing what feels right - even if it doesn't make sense. It may seem crazy to others and perhaps to us also. But this excitement stirring in us combined with the thrill that calls to us: “keep pushing - don’t quit” forces us to do just that.

Faith is that part of us which triggers our strength, courage and passion to trust our intuition. It is bred in our hearts and fueled by inspiration and desire. Our self- determination fires our motivation and we feel the burn - this fire, a burning desire - and become energized. The brain is our information center. It analyzes data and helps us decide if the unbelievable is not only believable but achievable.

We consciously choose to change our minds. We have the power to take that leap... of faith! We can convince ourselves that we can achieve what we once thought was unachievable because we’ve decided to believe we could do it and try. We were witnesses to this phenomenon when the Cavaliers reminded us it exists. LeBron told us he would get it done and said it after he and his teammates did it “against all odds.” It was a collective leap of faith and we saw it can happen if we choose to believe and try.

Believing one can overcome the odds is more than winning a championship. It’s more than achieving something that has not happened before. That is simply breaking a record. In overcoming the odds, the activity changes the landscape of the event. It changes the game and how we view it. It changes our thinking and our beliefs. More importantly, it changes us. Because of the way it makes us feel, we are willing to have faith and believe in something that has never been done or seen before. It motivates us to try because we want to see it happen. The effort leads to understanding.

Interestingly, whether participant or witness - the occasion of overcoming odds affects us deeply for periods of time that stretch far beyond the event. For many, it creates enduring "I remember when" memories that span a lifetime.

“I find that every day, at some point, as I think about the Championship vs. the years of lousy summers, winters, and springs, and all the '...next years...' I end up with tears of joy in my eyes... my family is probably thinking ‘enough all ready' - but they don't understand....” Bob

"I'm from Canton and I'm 61. I'm watching the victory parade online at work ... Seeing this celebration reminds me of films I saw about the end of World War II. I'm not comparing the 52-year championship drought to a World War, but the happiness and release of emotions seems similar.” David

“This was not just a victory for the Cavs against the Warriors. It was a much larger victory for everyone.  For our family, this win was generational affecting my kids, my husband and his father.  We all suffer the losses and celebrate the wins together.  The road to victory wasn't easy and as sports fans in Cleveland we’ve had our share of disappointments.  But this sports journey is like life: we always believe we will win one one day and will never give up trying.  This way of thinking is what Cleveland is all about.”   Nancy

“Winning a title doesn't change the big problems and issues in our lives. But it does give us more joy, more patience and the ability to have more fun with almost anyone we encounter. And that means so much.” Terry

As with the Cavaliers, we may find ourselves confronted with situations that seem insurmountable. We are not likely to have a LeBron or Kylie Irving or a legion of fans to cheer us on. However, the following suggestions may help to restore our faith and confidence to believe we can achieve:

We enjoy winning. Who doesn’t? But when we try, fall, fail and pick ourselves up and try again and again...when we believe in something greater than ourselves... when we have faith and trust it...when adversity overwhelms us but we don't quit...when we learn to overcome and become...then we’ve beat the odds and achieved our goal...and it happened because we believed it was possible.


It's never easy but it's always good. I promise.

This life is more than a trilogy. It's a Saga.