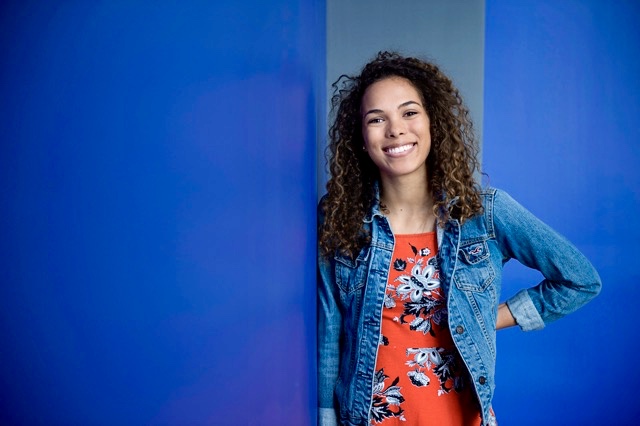 It isn’t always easy. Between constant moves, starting over new cities, making new friends, leaving good friends, and a healthy collection of team jerseys, the life of an NFL kid comes with a lot of change and challenges. I’m not going to lie. The moving and starting over has not been easy but it also comes with some interesting surprises depending on where you live and who you meet.

In the past 19 years, I have moved six times. Every move seems to start the same way. My brother and I are called down to the kitchen table for a family meeting where we’re told one of two things: “Kids, we’ve all been fired” or “Dad’s decided to take a new job so we’re going on a new adventure.” It’s always presented in the most positive way. Once we get past the initial shock, an all-too-familiar moving routine comes into play. Billy Joel’s “I’m Movin' Out” (the Warhop family moving anthem) finds its way back to the top of the playlist. Brand new bedding for a new room is promised and farewell parties are planned.

I was born in Boston and have lived in Missouri, Arizona, Texas, California, and Ohio. One of the more difficult moves for me happened when I was 6. I was in first grade, just old enough to understand that we were moving (leaving my friends) but too young to understand the reason. As a six-year-old, saying goodbye to friends is a scary thing. We moved from Arizona to Texas, home of the Cowboys and all things “Texas.” We quickly picked up phrases like “yes, sir”, “yes, ma’am”, and “y’all.” On our next move to California, we adopted phrases like “cool,” “dude,” and “swag.” Texas was very different from California which was different than Arizona. I was, and  continue to be, surprised by the many regional differences I’ve experienced while living in the same country.

I had just finished my freshman year in college when a very interesting thing happened to me. Years before when I was 6 and we still lived in Arizona, I had a best friend named Honor. Our fathers coached together for the Cardinals. Honor and I have both lived in many different cities since that time but our families have always kept in touch. In one of my classes, I sat in front of a girl named Madeline. We began chatting with the usual conversation of, “Where are you from”, etc. When Madeline told me she was from Virginia, I mentioned that I had a friend from Virginia. As we narrowed down the city and then the school, my next question to Madeline was, “What’s your friend’s name?” At the age of 18, her best friend was Honor who was my best friend when I was 6 and living in Arizona. How cool is that? Madeline and I became great friends in an instant because of this connection.

Another great part about growing up a pro sports kid is that you develop specific talents. You will attain highly advanced moving skills – skills you don’t even realize you have. I know you won’t find anyone that can pack, unpack, and set up a dorm room as fast and efficiently as a sports kid. I also realized that going away to college is not the first time I’ve been on my own like so many of my friends. I’ve walked into new schools and new situations with every move since I was six years old. After a couple of months in college, I actually called my parents and apologized for not being homesick like many of my friends.

At the end of the day, I can honestly say I wouldn’t change a thing about my life. I’ve met so many great and interesting people and made life-long friends who live across the country. I do see that for me, as well as my brother, it has shaped us into the people we are today. Being thrust into new situations every three to four years helped us develop the ability to talk to anyone of any age. Most of the people we meet first are adults so we are both very comfortable speaking with adults. We also meet other coaches’ or players’ kids who can relate to our circumstances. We immediately share something in common — being a new kid in a new town. It’s an immediate conversation starter and one we will all be able to use in our futures when meeting new people, heading off to college, or starting a new job.

Yes, being an NFL kid can be difficult, sad, and sometimes lonely but the changes and challenges of life as a pro sports kid have also helped shape me into the resilient and outgoing person I am today.


This life is more than a trilogy. It's a Saga.

Homemade goody bags are an essential part of maintaining your sanity.  Also, wine.